Beck Martial Arts - About us! 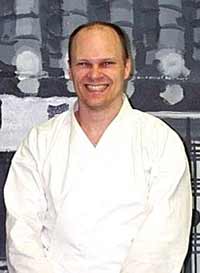 Beck Martial Arts teaches the different martial art styles of Hapkido, Taekwondo, and Arnis in Texas. BMA has been in the Dallas / Fort Worth area throughout its history starting from out of the Olympus Gym in 1993. In the DFW area, instruction is easy to find for the various punching/kicking martial arts such as Taekwondo and Karate. Grappling arts such as Judo, Jujutsu, and Aikido are less common but there are a few around. Hapkido arts (Hap Ki Do, Hwarangdo, Kuk Sool Won, Han Moo Do, Krav Maga, Viet No Vuem) and Filipino Martial Arts (arnis, kali, eskrima) are very rare. They are often treated as adjunct arts - someone attends a seminar or two, learns a few techniques, and claims to teach the art. Master Beck has studied the arts of Hapkido, Taekwondo, and Arnis in depth to black belt levels under different instructors. Although they merge together well, each is an excellent standalone martial art and each is best taught separately with respect for its cultural flavor, tradition, and history. The current boom in mixed martial arts is fine as far as technique goes, but tends to focus totally on competitions and physical skills; losing the other benefits of martial arts. The BMA approach to each class is to always encourage self-development and enhance self-defense skills through physical and mental training. Master Beck feels that traditional martial arts are the best way to gain skills in self-defense and self-development (and Hapkido and Arnis have always had a mixture of strikes and grappling and cover every range), but that getting people into great shape while introducing them to martial arts basics is a worthwhile endeavor.He has previously offered a Martial Fitness class that combines kickboxing, MMA, and physical conditioning. Such a class does not fit into his current schedule, but demand makes a difference, Email Master Beck if you want one.

Master Instructor David N. Beck has studied martial arts for nearly 4 decades, starting Hapkido in the fall of 1983 with Master Yong Chin Pak at Iowa State University, starting Taekwondo with Master Pak in 1986, and starting Modern Arnis with Professor Remy Presas in 1993. Master Beck formed Beck Martial Arts and started teaching on his own in September of 1993. Master Beck is certified 7th Dan Black Belt in Hapkido by the World Sin Moo Hapkido Association and is a direct student of the founder of Hapkido, Dojunim Han Jae JI. Master Beck is certified 4th Dan Black Belt in Taekwondo by the Kukkiwon (headquarters for the World Taekwondo Federation), and is a student of Grandmaster Sun Heesup LEE. Master Beck is certified Lakan Dalawa Black Belt (2nd degree) and Advanced Instructor in Arnis de Leon by the International Arnis de Leon Federation, and is a student of Grandmaster Anding de Leon. Master Beck has also had some additional training in Yanagi Ryu Aiki-Jiujitsu, American Kempo karate, judo, grappling, and boxing. Master Beck has been certified previously by NAPMA (the National Association of Professional Martial Artists) to teach the Cardio Karate form of aerobic kickboxing. If you want still more information, here's a more in-depth martial arts resume and history of how Beck Martial Arts came about. Mr. Beck is a Certified Software Development Professional experienced in object oriented development , test automation, performance testing, and cloud technologies. Mr. Beck is married with a young daughter. For him, teaching martial arts is a labor of love. To contact Master Beck, call 214-334-5951 or Email. You can see some pictures of some of Master Beck’s teachers, Teachers and Teachers In Action.